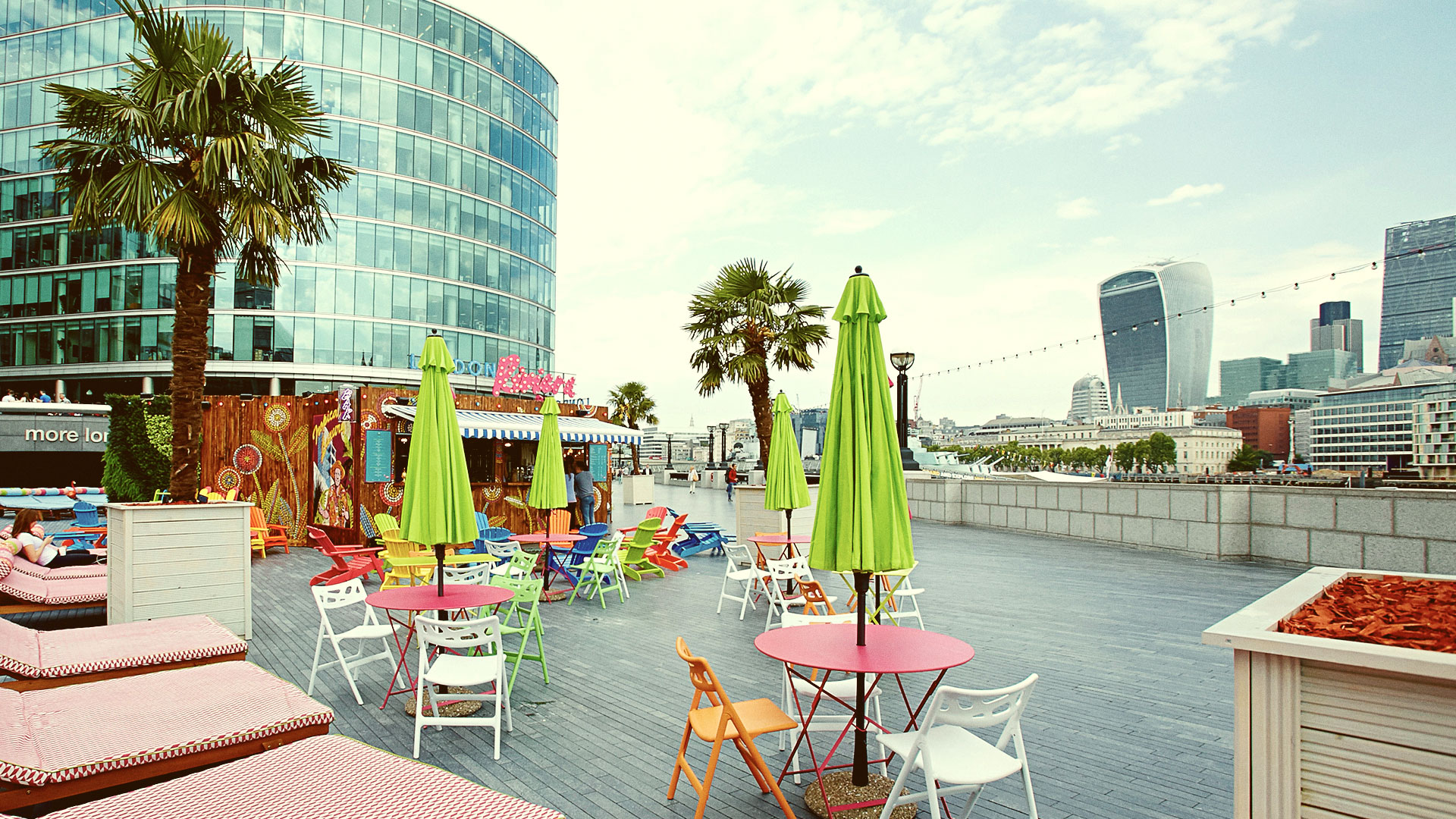 Fun in the Sun at London Bridge City

By Charlotte PrenticeMay 4, 2017 No Comments

Festival season is well and truly underway in the Zero Degrees West office as we prepare to help launch one of London’s most vibrant festivals in the heart of the city, London Bridge City Summer Festival. Embarking on it’s third year, this urban extravaganza offers more culture than you can shake a stick at with food, music, outdoor cinema and even Disco Yoga! (no need for pan pipes at this gig), and we couldn’t be happier to be involved.

You might be thinking, “Sure, but it’s not a real festival if you’re not drinking stale beer in a muddy field”, to which our response would be, “The times they are a-changing, my friend”. The city festival is alive and kicking and it’s not going anywhere…

When talking about the UK as a whole, the events sector represents a huge 35% of the visitor economy with London being the number 1 city across the whole of Europe, the Middle East and Africa for events activity. We think it’s fair to say, London knows how to host an event and with the festival industry bringing in an estimated £1.1 billion to the UK a year, why wouldn’t they get involved?

So, what makes a festival in the city so enticing? Surely the idea of escapism is getting out of the city, not staying in it. Alongside the benefit for Londoners to be able to sleep in their own bed after a day of frivolity, city festivals add some great benefits to the urban environment. They not only bring in a vast amount of tourism, they create a sense of uniqueness, adding to the city’s appeal and differentiating them from the global competition. They can also encourage urban regeneration and social inclusion, making their residents and visitors feel part of something truly special.

This summer, we’re lucky enough to be joining the four million festivalgoers who migrate to Edinburgh each year during its festival season, while also contributing a massive £260 million to the Scottish economy. When surveyed, 9 out of 10 residents said that the Edinburgh festivals increased their pride in their home city with 93% of visitors stating that they are an intrinsic part of what makes Edinburgh special as a city.

Inevitably, as the city festival sector becomes more popular, brands are investing more in event marketing. The average marketing budget per event in the UK rose by 13% last year which, as you might have guessed, has got us rather excited. If there is an event we’re happy to promote, the festival gets our vote. We’re over the moon to be embarking into the world of festival PR, and, with the market continuing to grow, we’ll be sure to have our glo-sticks at the ready.

Fancy the inner city festival experience? Why not come and join us for a margharita or two by the Thames. The London Bridge City Summer Festival will be running from June until the end of August in London Bridge City.