Sending the men of Dunkirk home on Digital, Blu-ray & DVD

With the bold objective of securing Christopher Nolan an Oscar nomination, we knew this campaign required a bullet-proof strategy that encapsulated the overwhelming rhythm, craft and intensity of Dunkirk.

Strategically revolving around Dunkirk’s significant environments of LAND, AIR and SEA, each piece of content was intricately designed to dive audiences in to every layer of the film’s story.

Our ‘Sound of the Raid’ dialogue-free video let the action speak for itself, making the frantic noise of war drive the rhythm of the footage.

Characters from Land, Air and Sea were brought together with key action scenes, and their emotive quote GIFS solidified the unforgettable moments that this story is famous for.

True to the tone of Christopher Nolan’s war epic, our content kept audiences on the edge of their seats, choreographed with a steady and assured pace before gaining power and carrying fans towards a staggering crescendo.

Oh, and he did get that nomination. Two of them. 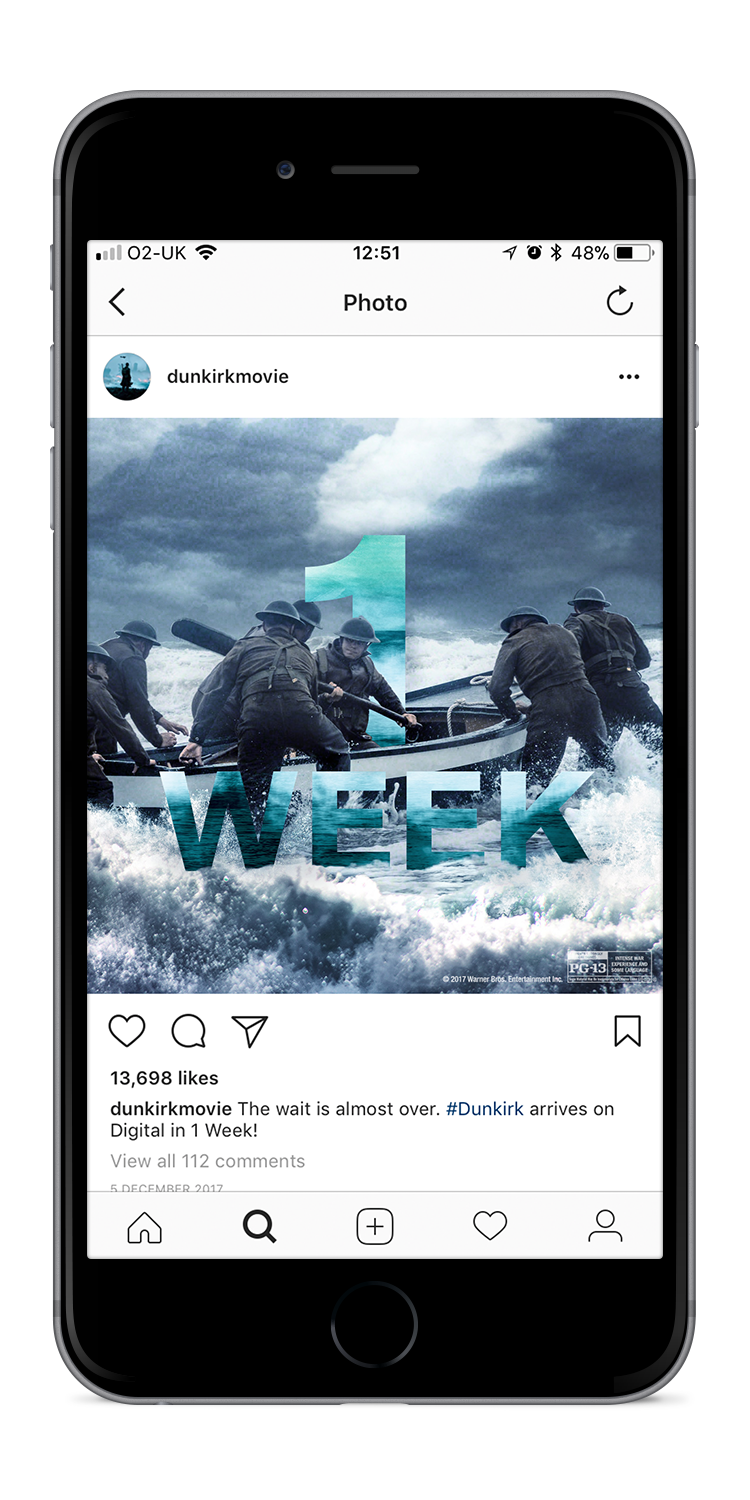