Home Entertainment and VR came together for two campaigns, which were leagues above the rest

After producing a powerful campaign for Wonder Woman, it was time to take on the almighty Justice League. Not only were we suiting up to embark on a heroic Home Entertainment campaign, but we also created an immersive campaign for Justice League VR: The Complete Experience.

Each asset in our Home Entertainment arsenal set out to showcase the uniqueness of each of our heroes, as well as their unparalleled combined strength.

We placed the heart-pounding action into the hands of fans with impactful, full-screen breakouts created especially for mobile.

Appealing to the hardcore DC fans we showcased the origins of each hero by creating ‘comic strip to screen’ videographs, animating bespoke illustrations to flow seamlessly into action-packed film footage.

Character-focused assets such as comic comeback videos celebrated the uniqueness of the metahumans in the Justice League, ensuring that every fan had the chance to see their favourite hero in action.

But it wasn’t just us delivering the stand-out creative.  Fans were so inspired by our seamless cinemagraphs and stylised silhouette character albums that they got in on the action by creating their own interpretations for social media.

Through exclusive access to talent, our VR campaign sought to fire up anticipation by giving fans a closer look at the experience through the eyes of their Justice League heroes.

Working alongside the cast, we produced, filmed and edited the stars experiencing the VR for themselves. The resulting content made an impact amongst audiences by inviting them to join the League.

To promise fans the chance to play as their preferred League member, we also showcased the VR’s impressive array of character-based experiences with a series of mission and skillset videos and breakout clips, combining in-universe design with POV footage to really drive fan anticipation for the full VR experience. 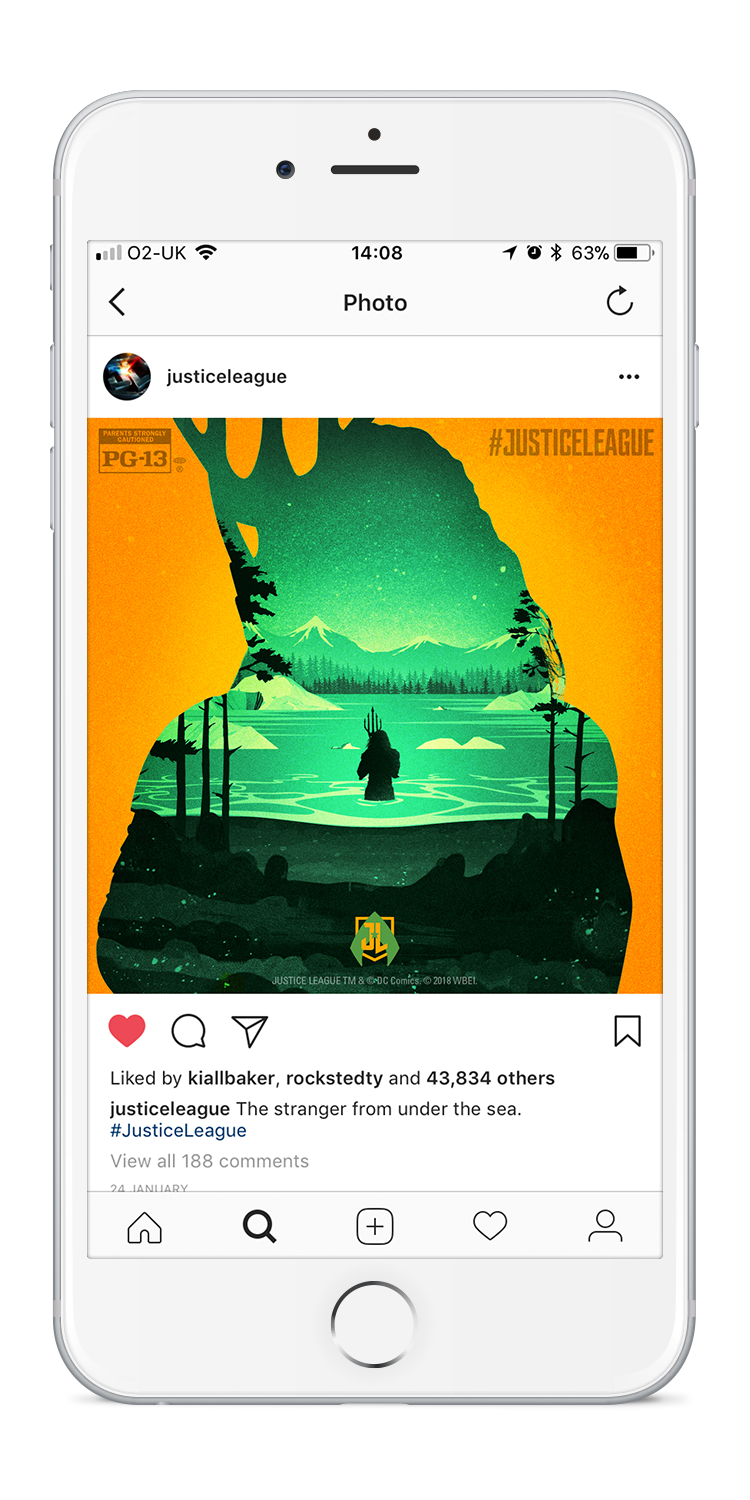 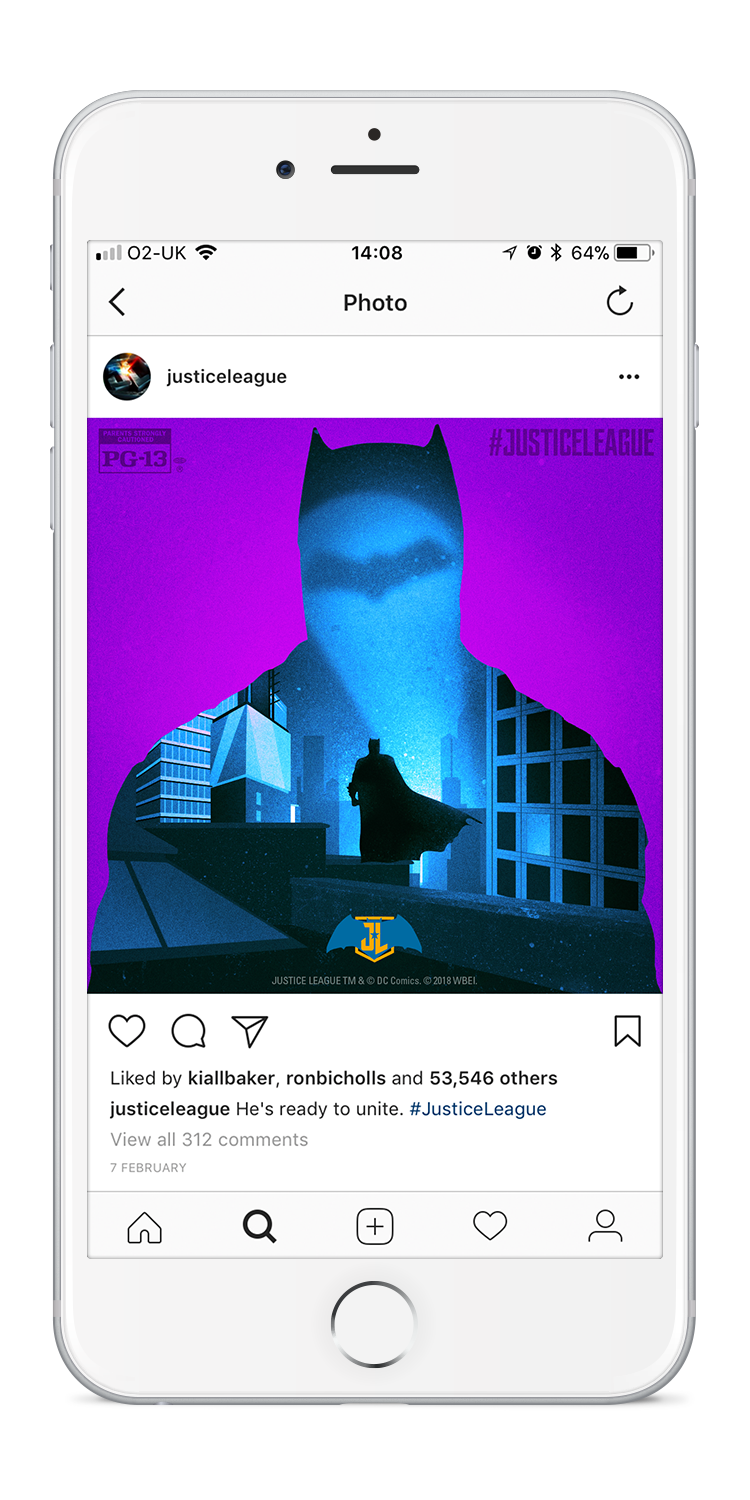 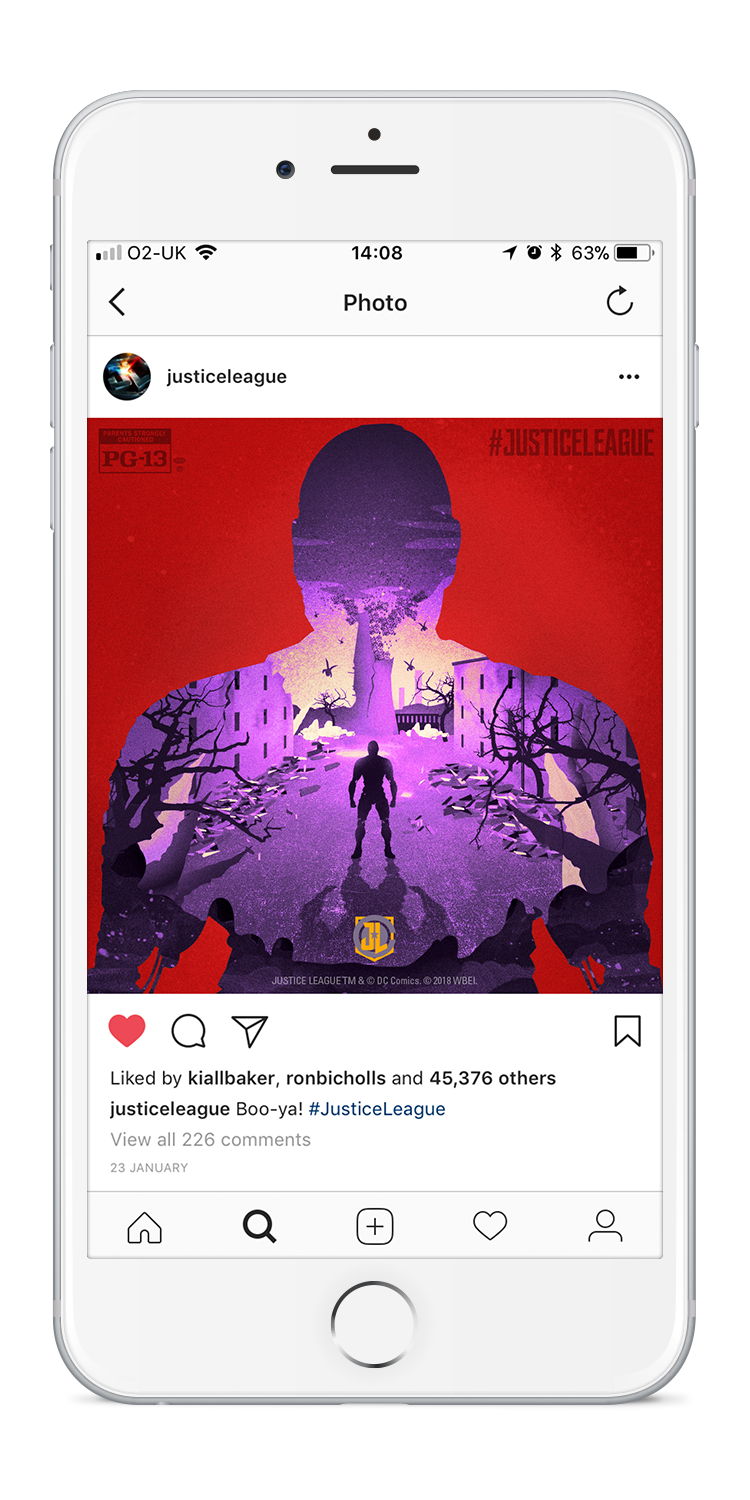 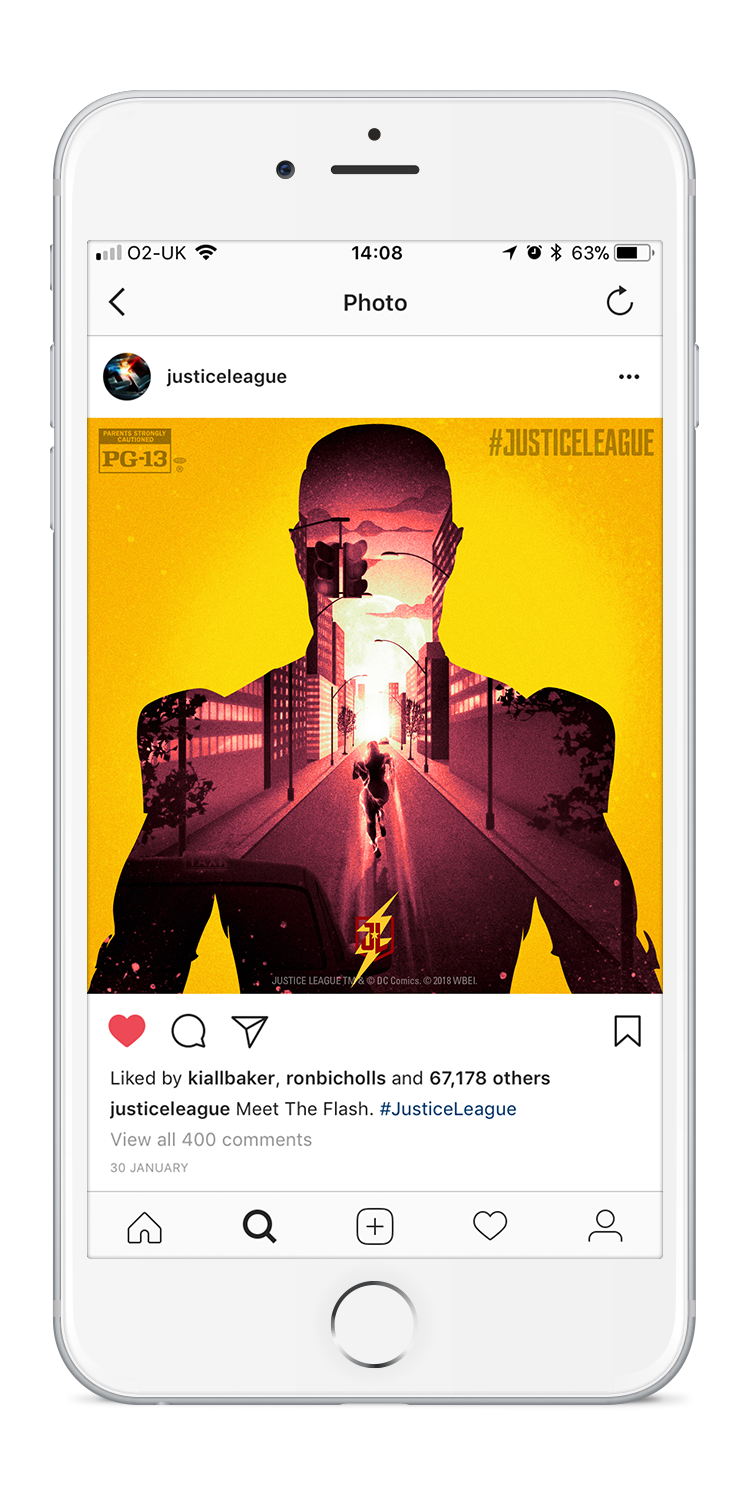 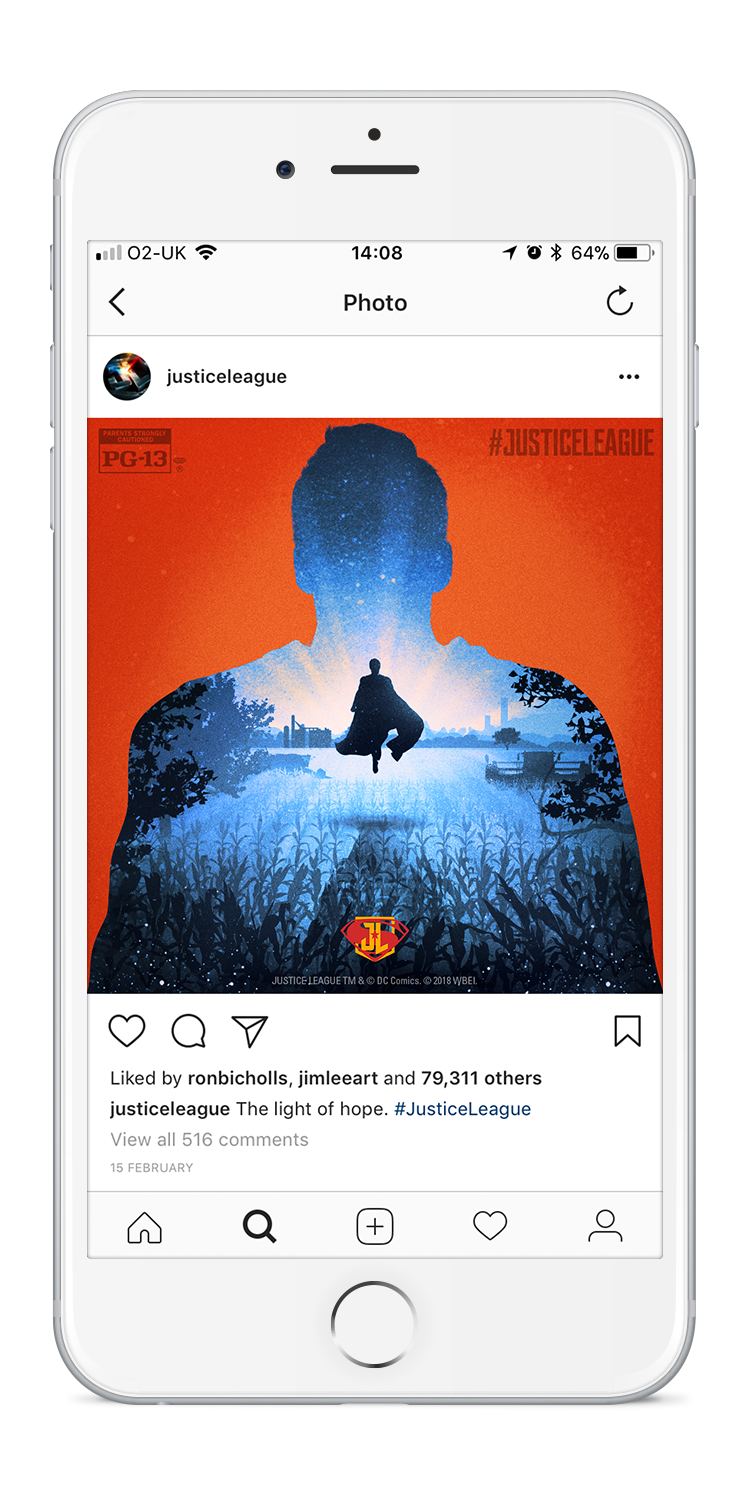 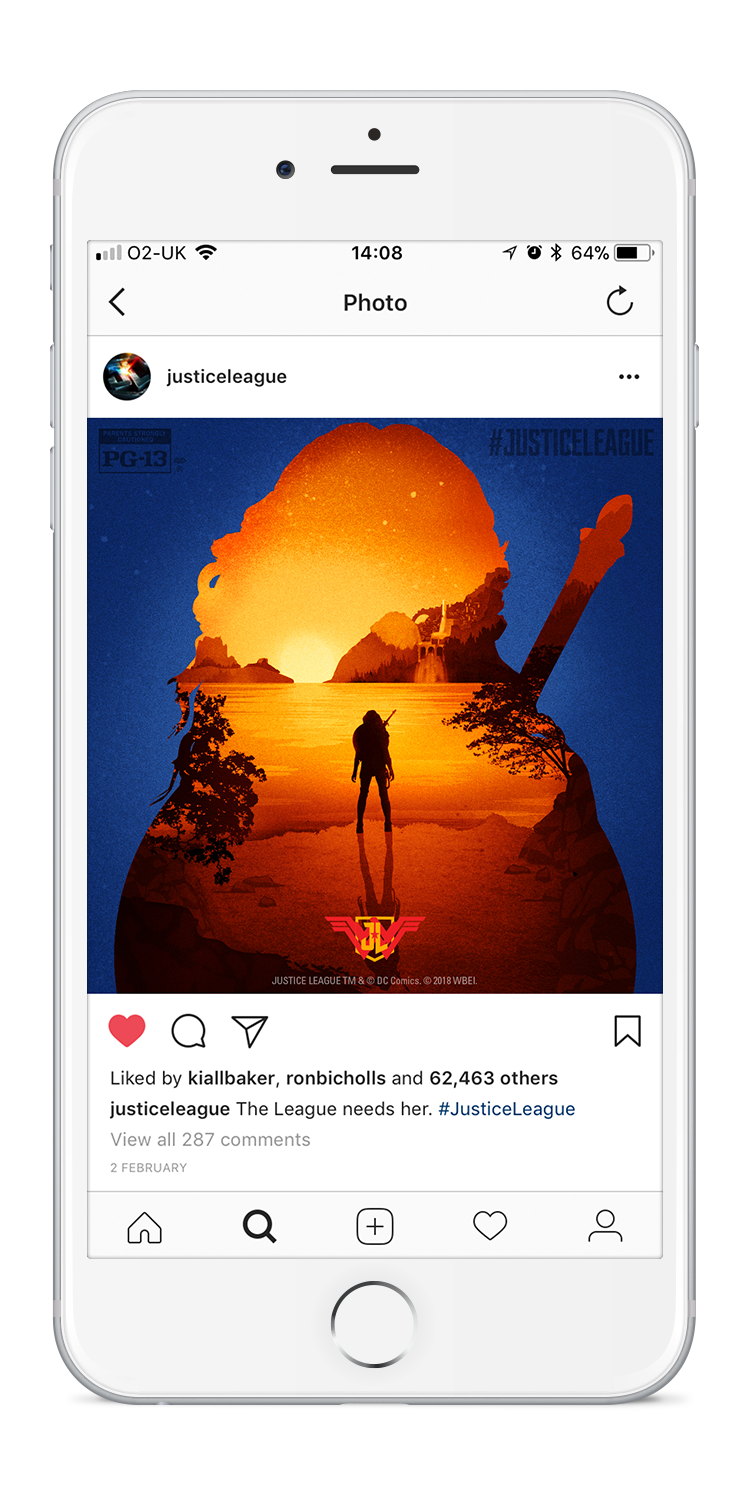